Skip to content
It’s Hispanic Heritage Month in the U.S. from September 15 to October 15 and people celebrate the many contributions of Hispanic and Latino Americans to this country, as well as their heritage and culture.

There are a million ways to go at this, but my pick is Latin music. Salsa, son, and trova are, after all, what carried me to Cuba in 2001.
In college, I was introduced to salsa and spent a particularly, notable evening in a cavernous, Madrid bar set with a simple, wooden stage and the raw, earthy power of a Flamenco singer and her accompanying dancer. It was explosive.
But it was an afternoon showing of “Buena Vista Social Club,” the documentary that trails a rediscovered group of Havana’s musical legends, in 2000 that shook me. It literally took everything in me to stay seated those two hours and at credit roll, I flew to the back, picked up a CD and just about scratched it to bits from overplay that year. 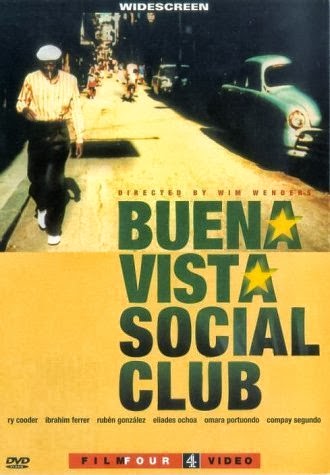 With the Latin music bug embedded, I began to look for it any chance I could. Weekends were often filled with Brazilian samba and the best versions of salsa I could find in Manhattan. Uptown, downtown, I’d go anywhere. Just had to be there, even though most of my American friends were too shy to take to the floor.
For me, Havana was inevitable. I landed in April of 2001 and from touchdown, my feet never stopped moving. Music, both live and recorded, floats from street corners, cafés, front stoops and car windows. With a hand lift from my seat, I danced with locals at open-air venues; alone I shuffled salsa steps browsing post cards, sipping coffee, stirring mojitos and moving along the city’s cobblestone rows.
The Cuban musical dance combo, rumba, which is based in African and Spanish percussions and is considered to be the grandaddy of Latin music, comes from the word rumbear, which means to be happy, to have fun or party.
And that’s exactly what Latin culture does, bringing happiness not only to life’s larger celebrations, but the smaller, everyday ones too, with music and dance.
Growing up, music wasn’t an integral part of my home culture. I played Michael Jackson and Cyndi Lauper albums in my room and belted out Linda Ronstadt and Kenny Rogers in the car, but that was about it. There was quiet.
In Havana, it is never quiet.
So when Luis moved here, his familiar sounds came with him, filling our lives, our living room, the kitchen and back patio. An invitation to rumbear. As we eventually met other Latin families, get-togethers were suddenly filled with bursts of dancing, which I welcomed. I find it so freeing.
But I’m not sure that anyone loves it more than our one-year-old, Ana, who seems to celebrate her own Latin heritage daily. She grabs our iPhones, zips to Pandora and swivels her tiny hips to her papi’s music, a mystery to Luis, as she’s never been to the island.
Dare you not to dance:
From L.A., Cuban ex-pats play street salsa-funk-jazz hybrid, callesón
The late, great Celia Cruz. I was fortunate enough to see the Queen of Salsa at Carnegie Hall. Even at 70-something, she owned the stage
Live Flamenco in Madrid. Electrifying
Old school salsa with Willie Colon & Ruben Blades.  Siembra Live
One of Cuba’s national treasures, Chucho Valdes, has a new Latin jazz album out

One thought on “SALSA! RUMBA!”