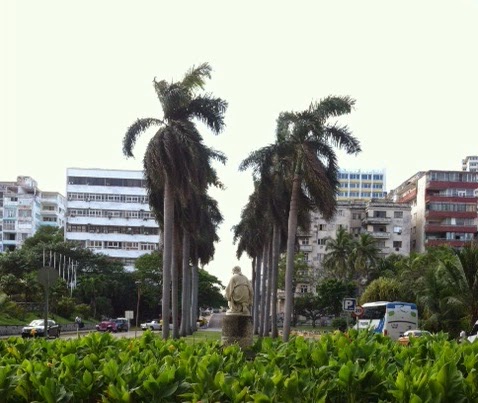 On Tuesday, December 17th, it was – finally – the perfect storm.


With Raúl in place of Fidel, Barack in lieu of George W., and a common sense, Latin American Pope able to hold both sides accountable, a fence that was shattered on October 19, 1960 following President Kennedy’s U.S. embargo, was rebuilt.


The complicated and ferociously-barbed relationship between U.S. and Cuban leaders seemed beyond repair, but on Pope Francis’ 77th birthday and Cuba’s holiest day, el día de San Lázaro, which is the birthday of Babalu Aye, the Santería god of healing who is also known as Saint Lazarus in Cuba’s blended version of African and Catholic religions, the impossible became possible.

On the day that is celebrated by thousands who make the pilgrimage to the Church of Saint Lazarus in Havana and in front yard and corner store shrines throughout many of Miami’s neighborhoods, Babalu Aye is commonly referred to as a miracle worker.


Nothing short of a miracle, there will now be eased travel restrictions to Cuba, though firm guidelines are still in place. Larger monetary remittances will be allowed for both individuals and humanitarian services and there will be expanded imports and exports, credit card use (this is huge as we don’t have to carry wads of cash there anymore), Internet access and better telecommunications in general for Cubans, as well as fully restored diplomatic relations with the reopening of embassies. There will also be more open dialogue about many more issues, such as migration, environmental policies and counternarcotics.


In Cuba, they’re “freaking out.” Luis’ mom, Ana, who was a little girl when Fidel took office, was in such a fit the day of the announcement that all she could say was, “Everyone here is so happy!”


Many Cubans who previously vied for an out off the island now consider staying and others who long ago left for better lives may look for the chance to return one day with their world educations and experience.


We’ve had a lot of people tepidly ask us what we think about it all. In our house, it’s overwhelmingly exciting. I know how sensitive this is for the Cubans who were forced to leave in the early 60s after everything was taken from them. It’s painful and certainly something to respect, but I’ve also seen in person the positive impact of Cuba’s slight eases already put in place over the last five years, allowing individual enterprise.


It’s hard to say exactly where all of this will lead and nothing will be overnight. But it’s powerful on so many levels and certainly, it’s time. The reestablished diplomacy will put more money and materials directly into the hands of citizens and as an island full of bright and talented minds who share a unique exuberance for life, they’ll be no turning back once they have the ability to do more for themselves.